The radiative tools listed here either have already been used for producing synthetic observables or could possibly be used for that purpose.

The numerical models in this database can be and/or have been used as input for various radiative transfer codes, which solve the radiative transfer equation based on the provided thermodynamic variables in the input model. These codes then output synthetic observables like continuum intensity* maps and/or profiles of spectral lines.

* At mm wavelengths, it is common to refer to the brightness temperature instead of intensity, which both can be converted easily.

The fast GS and GR codes, which both include the free-free emission component, too, are part of the GX Simulator distribution, but can easily be used as stand-alone codes.

The GX Simulator also includes the routines used by M. Loukitcheva and co-workers for the synthesis of mm maps, e.g., based on Bifrost models (2015A&A...575A..15L).

Linfor3D has been used for a large number of different solar and stellar model atmospheres for producing continuum intensity maps and spectral lines. CO5BOLD, MuRAM, and Bifrost models have successfully been used as input.

This multi-level non-local thermodynamic equilibrium (NLTE) radiation transfer has been developed from its earlier 1D version into a full 3D version. The later has already been tested for ALMA band 6 wavelengths. An early spectrum is shown in the SSRv ALMA review paper.

The RH code has proven to work well in many geometries (from 1D to spherical) and for various types of models. In particular, it has been successfully employed with 3DMHD snapshots obtained with the MURAM, STAGGER and BIFROST codes. RH  computes opacities from free-free and bound-free processes, in LT and NLTE. It might need some modifications to include gyroresonance effects.

A 3D transport code used for CO near-IR spectral line synthesis. It will be adapted to the CO pure rotational spectrum. 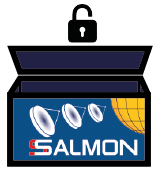