Regular observations of the Sun with the Atacama Large Millimeter/submillimeter Array (ALMA) just started in December. The scientific potential of this new eye on our Sun is described in today's press release published by the ALMA observatory.

The press release contains images obtained with ALMA during the test (aka commissioning and science verification) campaigns during the recent years that lead to the development of the now offered solar observing modes. The images show the whole Sun and a small region containing a sunspot. 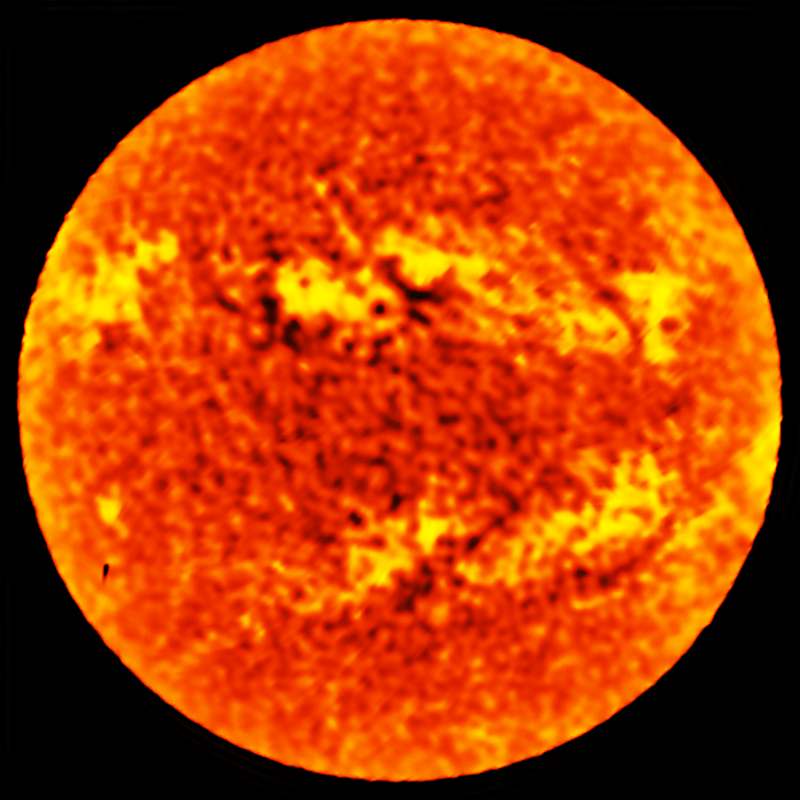 Map of the whole Sun obtained by scanning with a single ALMA antenna in circles across the solar disk. Credit: ALMA (ESO/NAOJ/NRAO) 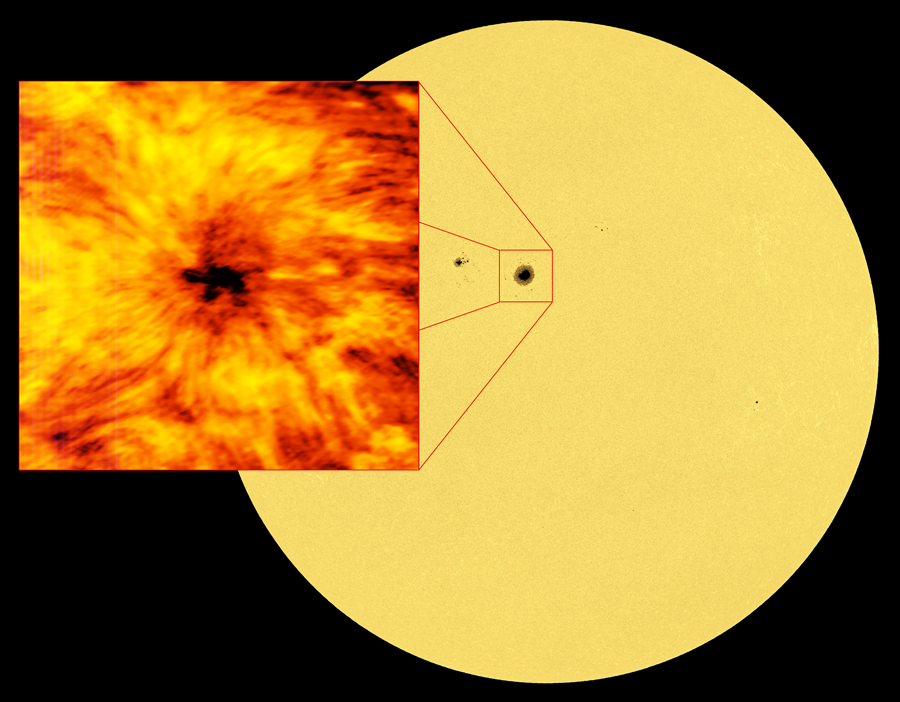 Interferometric observation of a sunspot obtained with ALMA in Band 6 (inset) and, in the background, an image of the whole Sun in visible light as observed with the Solar Dynamics Observatory (SDO). Credit: ALMA (ESO/NAOJ/NRAO); B. Saxton (NRAO/AUI/NSF) | Full-disk solar image: NASA

The press release can be found here: http://www.almaobservatory.org/en/press-room/press-releases/1100-alma-starts-observing-the-sun

The webpage also contains links to related videos, one of them with a short comment by Tim Bastian, PI of the North-American led development team, Head of Observatory Science Operations at NRAO, and SSALMON member. Click here for a direct link to the video on vimeo.

Most of the regular observations of the Sun have been carried out in December and will be processing during the coming weeks with some first exciting results expected to be published in the course of this year.